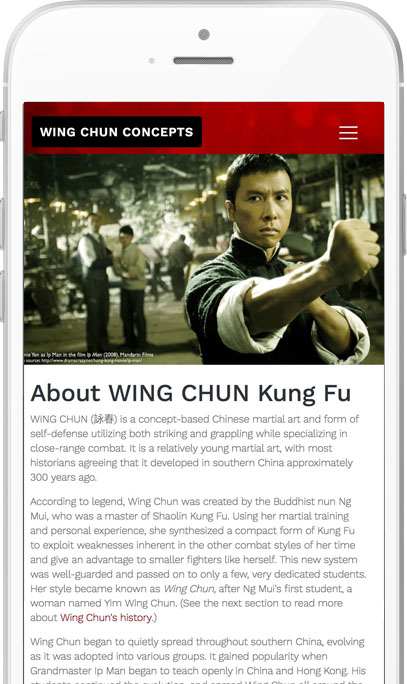 Our unique training methodology and concise curriculum gets you Fit, Focused and Fearless by guiding you through a linear, step-by-step progression. It is both efficient and effective.

The art of Wing Chun was designed by a woman to empower the average person to defend against a bigger, stronger attacker. It can be learned in a short amount of time, and be effective for people of all sizes and ranges of physical ability.

More than just a collection of techniques, Wing Chun is a traditional martial art that encompasses the complete Kung Fu Life. Some of the greatest benefits have nothing to do with fighting or self-defense.

The Kung Fu Life is about having the fitness to do whatever you want to do. It is being aware, alert and focused. And it is living fearlessly, confident that you have the ability to defend yourself.

The Art of Close Range Combat

Wing Chun is a simple but effective method of self-defense based in the traditional Chinese martial arts of Kung Fu. It is a relatively young system, but in the last few hundred years it has spread to every corner of the Earth because it is practical, can be learned in a short period of time, and can be practiced by people of all sizes and ranges of physical ability.

Wing Chun has no delusions of being the "ultimate martial art." There is no sport or competitive aspect, the forms are not aesthetically pretty like traditional animal-style Kung Fu, and no one takes home shiny trophies. Wing Chun was primarily designed for one thing, and one thing only: allow you to defend yourself against a violent assault. With that purpose in mind, Wing Chun evolved to work best in a very specific set of circumstances:

“Mastering an art is really about mastering yourself.”
– Sifu Francis Fong

A HOLISTIC APPROACH TO TRAINING

Customize your training experience to fit your personal goals: 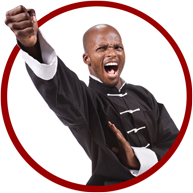 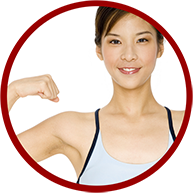 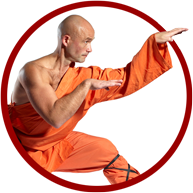 The Spirit of Shaolin

Explore the philosophical and spiritual roots of Wing Chun and Shaolin Kung Fu, plus the wisdom of both East and West.